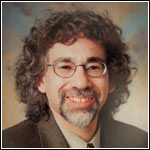 Dr. Michael Nirenberg–Inventor of FloWalking and founder of the “America’s Podiatrist” website, is passionate about empowering people to improve their health and fitness. He has been featured on radio and TV (including PBS, the HISTORY CHANNEL and FOX NEWS), magazines (including FIRST for Women, Whole Living (formerly Body + Soul), Get Healthy, Vim & Vigor and Women’s Adventure Magazine), newspapers (including The Wall Street Journal, Indianapolis Recorder, The NWI Times, and Post-Tribune), and the internet (including MSNBC, Tyra Bank’s Type F, Lance Armstrong’s Live Strong).

Dr. Michael Nirenberg is also one of a handful of practicing forensic podiatrists in the world and he has assisted with criminal investigations involving foot-related evidence. He has lectured on forensic podiatry to police officers, detectives, podiatrists, forensic scientists, the Department of Homeland Security and other law enforcement agencies, and he has published a hi-tech method of footwear examination in the Journal of Forensic Identification.

Dr. Nirenberg has had a long career of dedicated public service. He has lectured on podiatry at universities, cosmetology schools (to future pedicurists), hospitals, and for the Arthritis Foundation, Kiwanis, Y-Me and other community groups. His paper “Forensic Methods and the Podiatric Physician,” published in the Journal of the American Podiatric Medical Association, earned him the prestigious Distinguished Podiatric Writing Award while he was still a medical student.

Dr. Michael Nirenberg studied podiatric medicine in Chicago, graduated in 1991, and then completed a residency in foot and ankle surgery. He is Board Certified in Podiatric Medicine and Surgery, holds a Bachelors of Science and a Bachelors of Arts degree, and for 15 years served as a Podiatric Residency Instructor, teaching new podiatrists the art and science of treating patients.

Dr. Nirenberg’s approach to medical and health care emphasizes natural, holistic methods. He is also very thorough. With one patient, he discovered the man’s foot pain was due to a tumor in his neck! (Dr. Nirenberg published this unique case in the Journal of the American Podiatric Medical Association.)

Dr. Michael Nirenberg created FloWalking so people could have a safe, easy, enjoyable way of toning up, shedding excess fat and lessening their muscle-skeletal aches and pains. FloWalking offers people a natural, non-drug, non-medical alternative to improving their health and wellness, and lessening pain. “Walking is our most universal and beneficial activity,” Dr. Nirenberg says. “FloWalking is walking made better!” He is fond of saying, “If you can put one foot in front of the other, then you can FloWalk.” The FloWalking book is now in the works.

Dr. Nirenberg practices podiatric medicine just outside of Chicago in Crown Point, Indiana where he earned the coveted “Best Podiatrist” in the region two years in a row (as voted by the readers of both the NWI Times and the Post-Tribune newspapers). He is married and has two boys and two dogs. For more information, visit him at America’s Podiatrist, his practice site Friendly Foot Care.