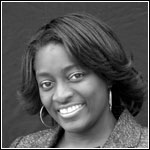 Dr. Reed is presently working in her private practice. She is also on courtesy staff at St. Mary’s Hospital and does surgery at Surgical Centers of St. Louis.  In 2001 she was appointed by Governor Holden to the Missouri Genetic Advisory Committee, and in 2003 he appointed her to the State Board of Podiatric Medicine, which she served on until 2005. She was appointed to the St. Louis County Children’s Service Fund Board in 2009, and she was a Founding Director of the Missouri Foundation for Health (the largest health foundation in Missouri) and has also actively participated with Big Brothers/Big Sisters of America. Her hobbies include shopping, traveling, and tap dancing.