Understanding The Anatomy of the Bones of the Foot

Over 25 percent of our bones are located in our feet. There are twenty-six bones that make up the complex structure of each foot. The foot is a strong mechanism, and it supports our entire body weight during all upright activities (standing, walking, running, etc).

It remains flexible, durable, and resilient under enormous pressure. Structurally, the foot consists of three main parts: the forefoot, midfoot, and hindfoot.

Anatomically, the bones of the foot are known as the tarsal bones, metatarsal bones, and phalanges. Let’s break down each category and discuss the importance of each bone.

The toes are numbered one through five, starting with the big toe, which is technically known as the hallux. Some people like to call the fifth toe the “pinky.” The phalanges are referred to as follows: 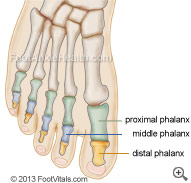 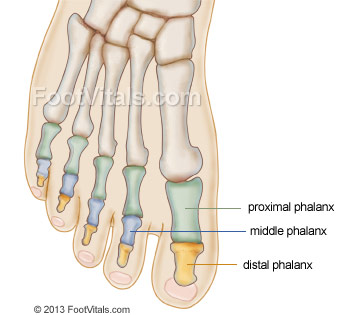 There are five metatarsals in each foot. The metatarsals are the long bones located between the tarsal bones and the phalanges.

Each metatarsal has a long shaft with two expanded ends called the base and the head. They form part of the foot’s arch and serve both as a major shock absorber and a weight-transfer mechanism.

They are connected to the forefoot and midfoot by muscles, tendons, and a special ligament known as the plantar fascia.

The metatarsals are not named individually; rather, they are numbered first through fifth, starting with the big toe. Here is a quick description of each of the metatarsal bones:

There are also two tiny bones located under the hallux (big toe) called sesamoid bones. Sesamoid bones develop within the tendon of a muscle to protect the tendon from wear and tear at the point where it passes over the end of the metatarsal bone.

They bear the weight of the body when the toe pushes off in walking or running. Though it is less common, sesamoid bones can be found elsewhere in the foot within other flexor tendons of the toes.

The five bones that make up the midfoot are collectively known as the lesser tarsal bones. They act as an intermediary to transfer weight from the hindfoot to the forefoot with each footstep.

These bones, along with the joints and ligaments that connect them, make up most of what we would consider the arch of the foot. They include:

The hindfoot connects the foot to the leg at the ankle joint, and comprises two large bones called the talus and calcaneus.

These bones articulate with each other through the subtalar joint, and also link the hindfoot to the midfoot through the mid-tarsal joint. Here is a brief description of each of the tarsal bones: